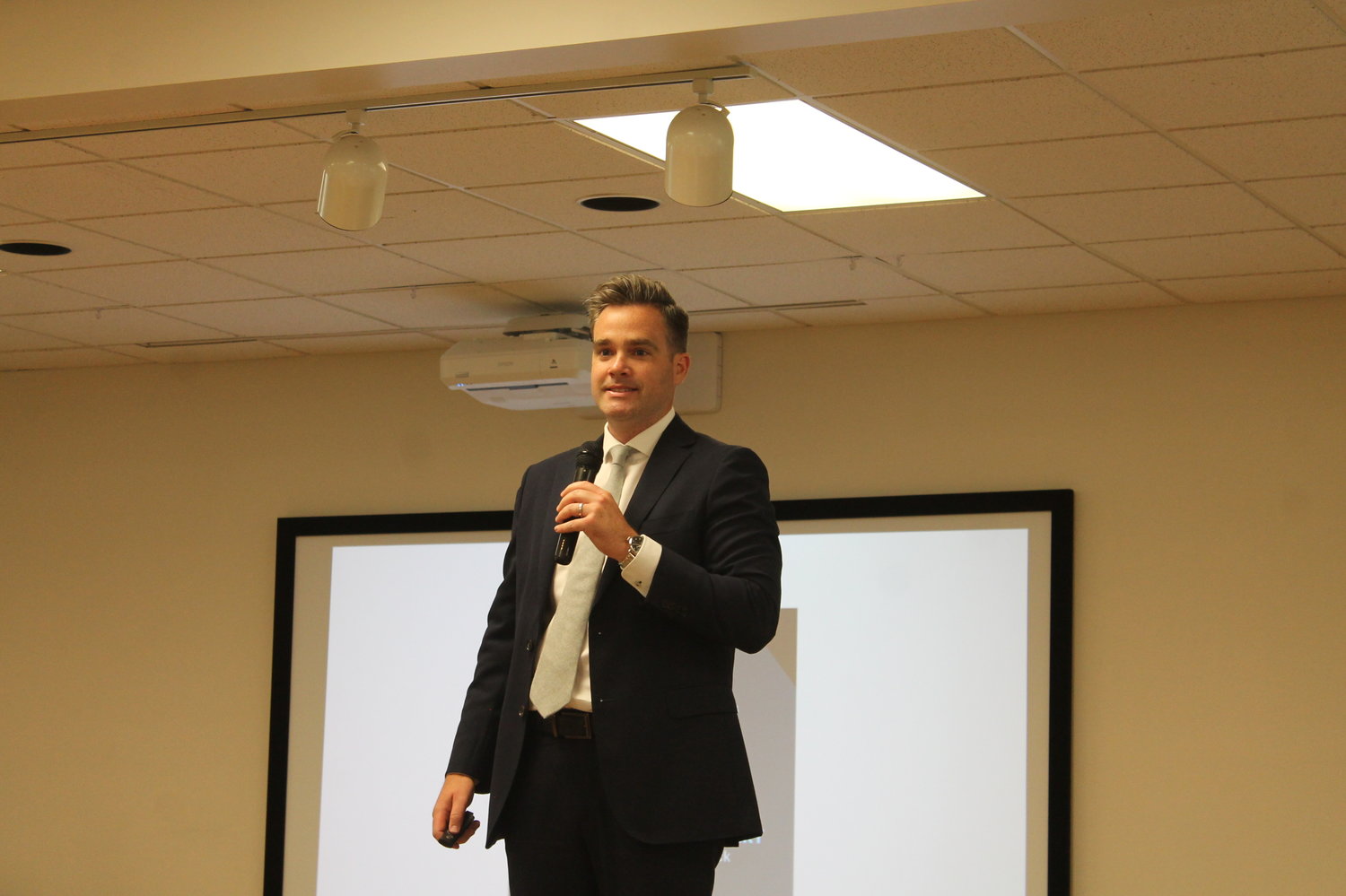 “I’m sure all of you know the market’s been kind of up and down this year and there’s a lot more going on with that than just what the Dow is doing,” Sedlacek said. “I can talk about market volatility all day but I’d rather do that one on one in my office so you can come see me there.”

Sedlacek wanted to bring someone in who could speak more about what business owners deal with everyday, 401K’s and retirement plans, she said.

Montgomery started out by saying the experience employees have with their retirement plans is important.

John Hancock surveyed what retirement readiness looked like today compared to during the pandemic and pre-pandemic, he said. The good news is over half of the participants enrolled in a retirement plan are ready to retire.

“It doesn’t really matter what age level we look at,” Montgomery said. “People are more retirement ready today than they were two years ago before the pandemic so that’s good.”

Those with the higher incomes such as $150,000 to $200,000 are not, he said. He contributes that to not being able to contribute as much to the retirement plan like they were able to before the pandemic.

His industry has been saying for a while you make contributions to your retirement plan and then you retire, he said. But does anyone have a life that easy?

When employees leave a job, they don’t usually think the consequences of how they’re moving their money from their retirement plan around. They either cash it out, roll it over to an IRA or leave it alone, Montgomery said. He encouraged the business owners at the meeting to talk to educate their employees about their options so they don’t loose money.

Montgomery also discussed the auto features employers could have their employees enroll in for retirement plans.

Auto-escalation is where employee’s contribution to their retirement plan would increase one percent a year. It would cap at ten percent but would save the employee’s money in the long run, he said.

Auto sweeps is when the business decides to enroll in auto-escalation, Montgomery added. He also said the employer’s should consider having the cap higher than ten percent.

Montgomery finished by talking about the Secure Act 2.0. This is bi-partisan legislation that passed the House.

In the legislation, automatic enrollment is required for retirement plans.

“There is no doubt that plans that have automatic enrollment and automatic escalation are healthier,” Montgomery said. “Here’s the catch, we got to understand the other side of the coin. Based on how you all do your matching structure. It puts more people into the retirement plan, they’re auto increasing their contributions, that might mean your match just became more expensive.”

He urged everyone to sit down with his or her financial advisors to find out what the impact would be.

Montgomery said he expected the Secure Act 2.0 to pass the Senate, too.

Montgomery said it didn’t affect the 457 plans but it would still be good to look at the changes the Secure Act would be making to the 401Ks to see what updates could be done with the 457 plan.