Comets one game away from going to state again 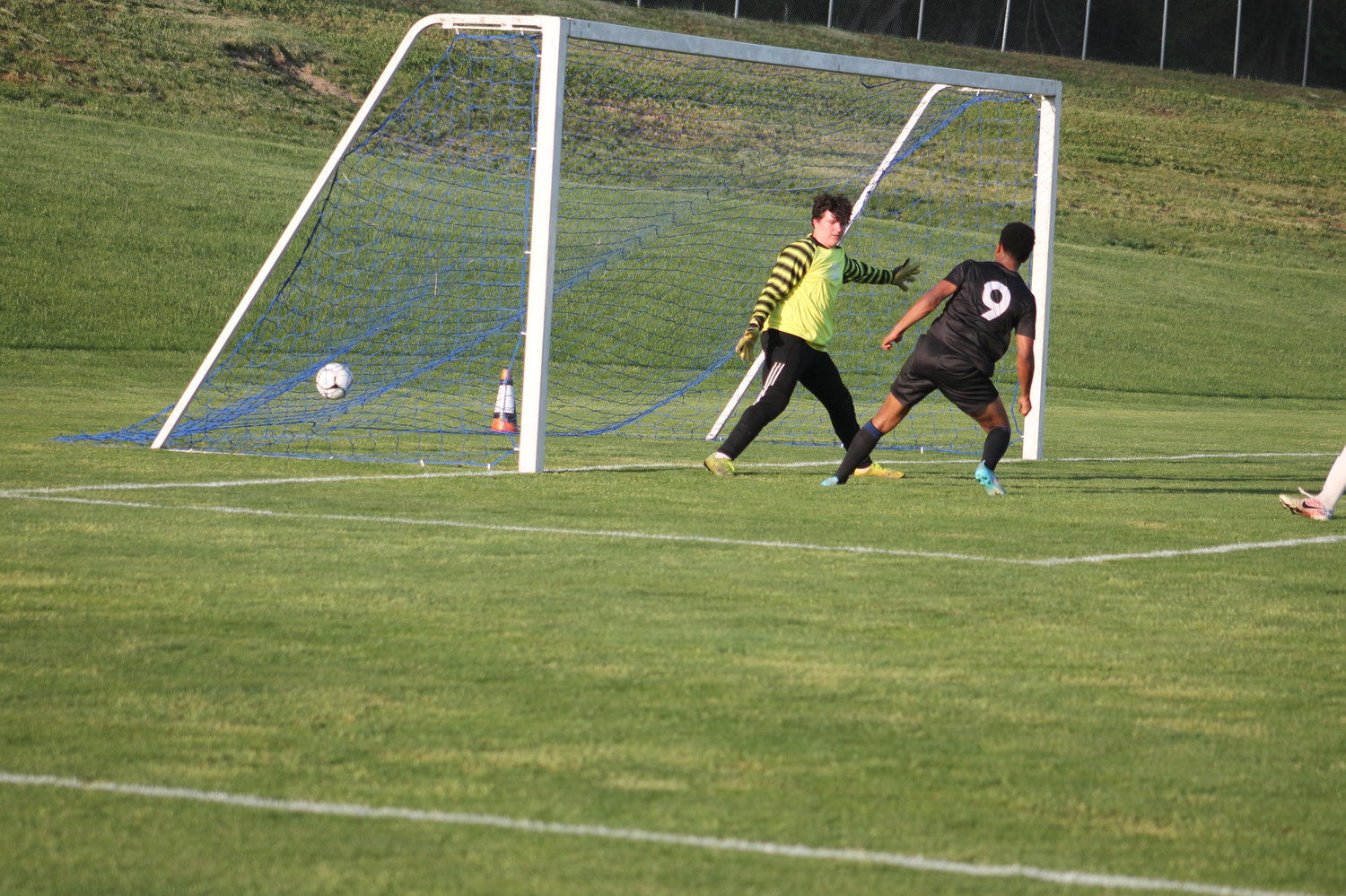 The return of senior Felipe Molina made a big difference Monday evening, May 23, at the Muscatine Soccer Complex as the host West Liberty High School boys’ soccer team advanced to the finals in sub-state play with a 2-1 win over a talented Mid-Prairie Golden Hawks.

After sitting out the sub-state opener against Prairie-City Monroe last week, Molina returned to his key position on the field to score two goals in the opening half and lead the Comets to their 12th win of the season against three losses.

Coach Walton Ponce said Molina’s “physical presence in the back allowed us to not have to shift players around to cover for his position and it allowed us to just flow within our playing style. The coach said he was “super happy” for what Molina is accomplishing and “we hope to keep him healthy for the rest of our season.”

Molina scored his first goal at 17:30 in the first half off a cross pass from Juan Mateo with a header into the net just after Mateo had an goal attempt blocked on a penalty kick.

The senior padded the lead to 2-0 at 33:40 when he booted a goal high into the right side of the net past the talented Hawk goalie, who had numerous saves.

Mid-Prairie had a chance to cut the lead late in the half with a penalty kick that missed but did come back in the second half to score on a free kick past goalie Ruben Meraz, before the Comet defense held true and finished with the one-goal victory.

Ponce said the first half was one of the better halves of soccer his team has played. “We were aggressive going forward and we were able to find the back of the net twice.”

The coach said Mid Prairie decided to “sit in and defend and we took the initiative to keep the ball but to go forward and it worked well.”

He said the second half was a different story as the Golden Hawks had to try to get back into the game and just sent their numbers forward. “We wanted to score at least another goal and put the game away but we were not able to finish our many chances. A free kick put them back into the game and made it closer than what the game really was,” the coach concluded.

Ponce said Mid-Prairie did what they had to do to get back in the game and “made the game more chippy” in the second half. The coach said yellow card calls by the officials also played a factor in how the game ended.

He complimented the Golden Hawks for battling back after the Comets could have put the game away with a 3-0 lead. “They got one and made for a hard-fought ending,” he said.

Ponce complimented the West Liberty back line “in general did a good job in keeping our goal clean. They were the most consistent in the game. They will be a major key in how far we go this postseason. They say defense wins championships!”

The Comets continue their hopes for a return trip to the state tournament at James Cownie Sports Complex in Des Moines on June 1-4 as they battle in the sub-state championship game against host Gladbrook-Reinbeck High School, located north of Cedar Rapids beginning at 6:30 Wednesday night, May 25. The top-seeded host Rebels are 15-1 going into the game.

Ponce said he’s only been able to see one of their games on film, “which we will dissect” to gather more information. He said the Rebels play in a conference that doesn’t give the Comets a lot of information, including not having any cross over opponents.

“They are the number one seed in the bracket and we have to go in there and battle and play a great game to get to the final 8 at state.

The coach said the team’s objective is to get back to the Iowa state tournament “so for sure our belief is that we have a great chance to get there. All we have to do is be 1-0 Wednesday and we will be there.”

“Our off season and in season body of work is what we are depending on while also having a good performance to keep reaching new heights within our program,” the coach said.

Ponce said the key to the game will be to “defend well. Avoid second chances near our goal and be consistent in the attacking third. If we can do those two things well, we have a great chance on moving on and beyond.”

Last year, in the state tournament finals, West Liberty beat St. Albert of Council Bluffs 2-1 in the opener before falling in the final four, losing 2-1 to Western Christian of Hull after taking a 1-0 halftime advantage.

Back To School Night race Saturday