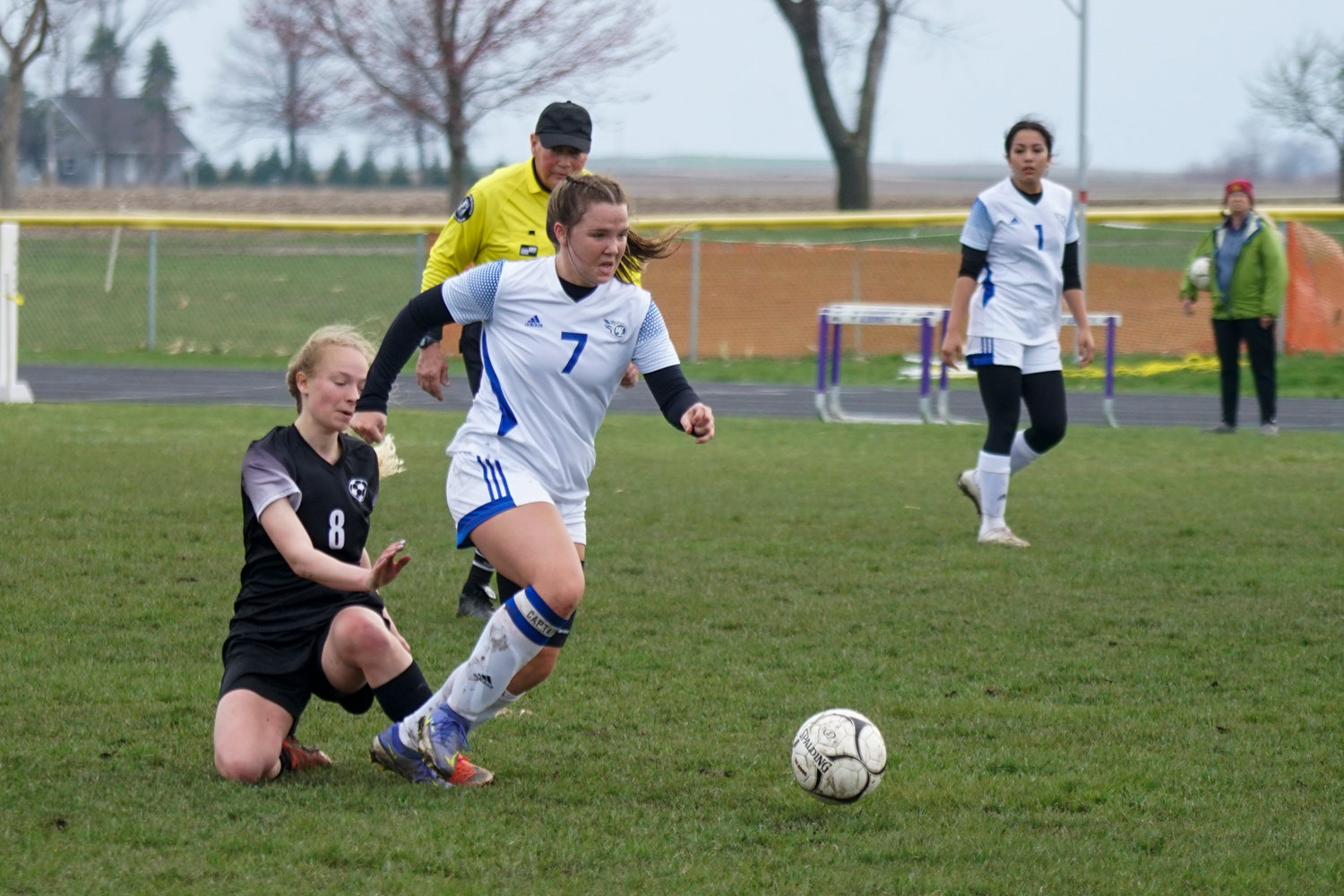 Sailor Hall shakes a defensive player to gain control of the ball. The girls play Monday in West Liberty in their first round of the state soccer playoffs against Wapello.
Kohlton Kober for the Index
Posted Wednesday, May 11, 2022 10:16 am
Kohlton Kober, Index Sports Writer

The Comets of coach Manuel Machado started the week off hosting the winless River Queens, a larger class school. The teams did battle in the early stages, limiting each other's effective touches before Clinton broke through in the 17th minute to take the 1-0 advantage around the midpoint of the first half.

The Comet offense put together a series of scoring opportunities but were unable to capitalize and headed to the locker room trailing 1-0.

The Comets tied the contest in the 54th minute as senior Sailor Hall found the top corner, capitalizing on a free kick opportunity. The River Queens answered with a goal of their own in the 68th minute to regain the lead and scored again a minute later for insurance. The Comet offense was stalled for the remaining 11 minutes and fell at home 3-1.

On Thursday, the Comets played host to the Mediapolis Bulldogs in a senior night match that featured Sailor Hall and Aisha Murgula as they were honored with their parents. The Bulldogs preyed on the Comet defense early, Annabel Johnson scoring off an assist from Ella Russell in the fifth minute to take an early lead.

The Comets responded in the 12th minute off the boot of Sailor Hall who bent one past the keeper. Hall found the goal again 26 minutes later with just a minute left in the half to give the Comets a 2-1 advantage headed into halftime.

Jessica Madrigal found the net with a left foot goal for the final score of the match in the 52nd minute as the Comets rolled to victory in their final home match of the season.

The Comets play host to Wapello to start sub-state play on Monday, May 16. The Arrows will enter the contest 1-7 on the season.

Comets one game away from going to state again