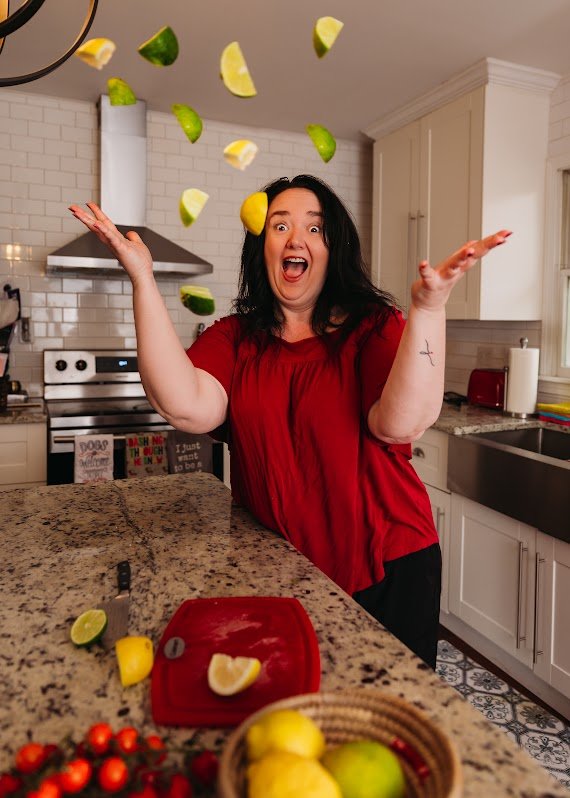 A West Liberty native appeared on the Food Network this week.

Johnson had a recipe of Guy Fieri’s on her Instagram and was reached out to by his people to be on the show.

“It was amazing when they told me I was going to be on,” Johnson said. “I literally am never speechless, and I was speechless. I had no words at that moment. I didn’t believe them.”

The synopsis of the show is Chef Antonia Lofaso gives four of Guy Fieri 's super fans the opportunity of a lifetime: to cook their favorite chef's recipes on his home turf! But Guy and Antonia aren't going easy on them, serving up some twisted games, including a burger recipe with blanked-out instructions in round one and a ton of different recipes to choose from in round two. The super fan who cooks the most delicious dishes gets to cook for Guy and win a big money prize.

Johnson said she couldn’t say who won the grand prize but was still reveling in the experience.

“I loved growing up in Iowa,” Johnson said. “My best friend is from West Liberty as well. She lives in Cedar Rapids now and I still come back to visit her. Iowa is always home. West Liberty will always be home.”

Johnson gives her teachers at West Liberty High School credit for preparing her for life as a performer.

She owns a blog called TheFoodHussy.com where she goes live and creates copycat recipes from restaurants.

“I create grilling recipes with a smoker grill and then I also do a lot of air fryer recipes,” she said. “I’ve been blogging since 2008 but I quit my day job in July of 2021 so I’m doing the blog full time.

Growing up, Johnson lived with her dad Tom Willard. Johnson was in charge of having dinner ready for her dad when he got home from work.

“I was in a single parent family when I was 12 – 13 it was like ‘OK, have dinner ready when I get home from work,’" she said. “He taught me how to cook when I was 12 years old and it just stuck with me and was just something I enjoyed. Its kind of fun now to have it be my full time job and my career and get to cook for a living and get to do fun stuff like this.”

Johnson said her experience on the show with Fieri was amazing.

“I just have nothing but wonderful things to say about my experience out there,” she said. “Win or loose, it was definitely was a win because of just getting to meet him and getting to meet the group and production.”